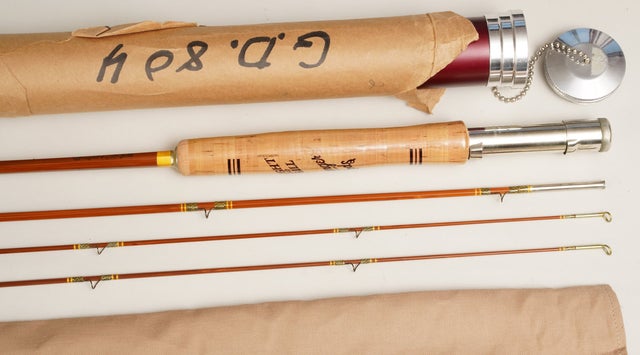 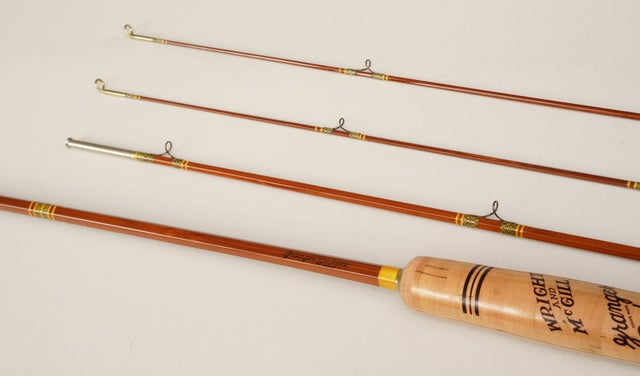 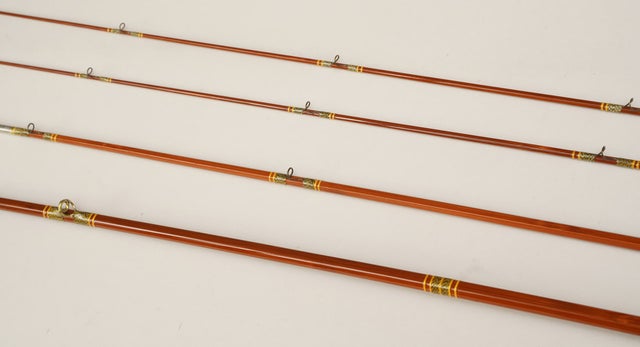 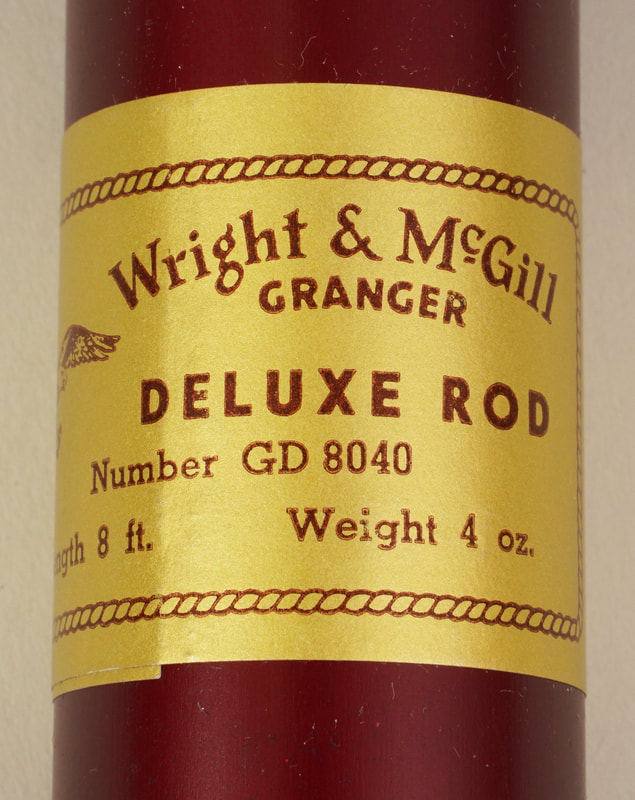 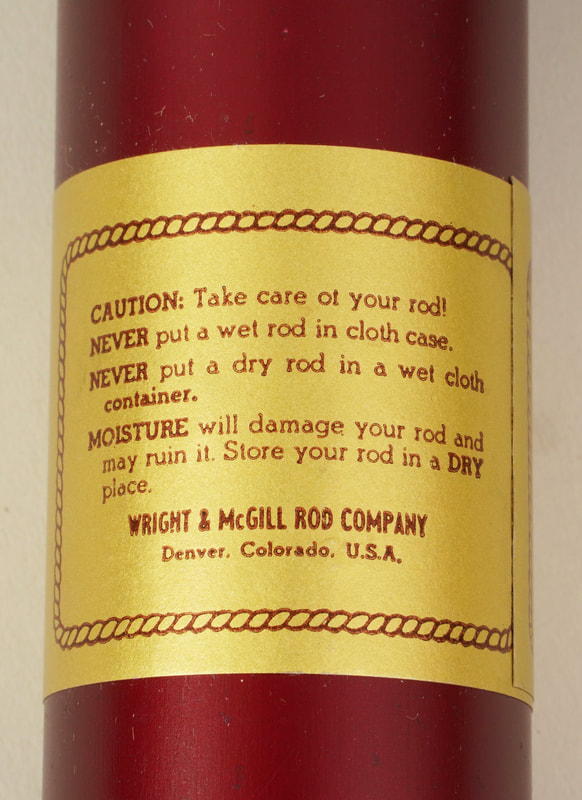 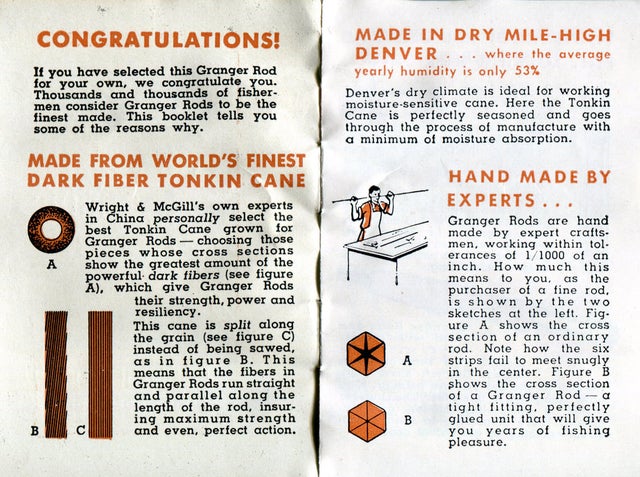 ~Granger Deluxe W&M, 8 ft 3p/2 tips 4 oz (on tube label), #4 line. Once in a very great while a rod of this vintage and condition shows up, built in the 1950's but absolutely mint and unused. This one even has the original brown paper around the burgundy colored aluminum rod tube as originally issued, as well as the very rare little informational pamphlet about Granger rods wrapped around the reel-seat as they were delivered. Tube is immaculate as is the affixed Granger label. The rod came at one time from Dale Langtry who was shop foreman at Wright & McGill after Bill Phillipson's failed attempt to buy the company. Grangers are always nice and smooth casters taking their basic designs from Goodwin Granger who was an accomplished tournament caster and these Deluxe models are among the prettiest western rods ever built. A rare find for the discerning Granger collector in original bag and tube with paper. SOLD Click on smaller images to enlarge