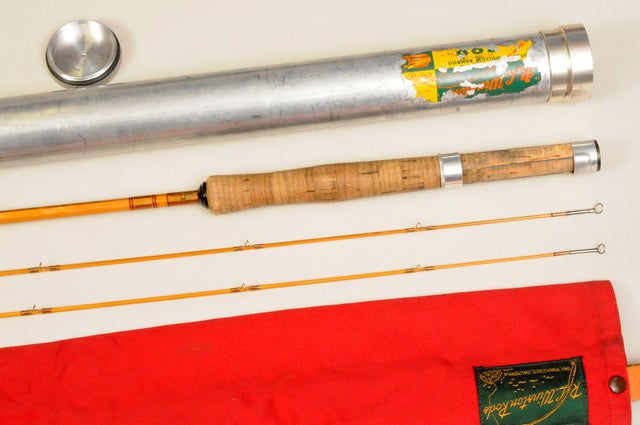 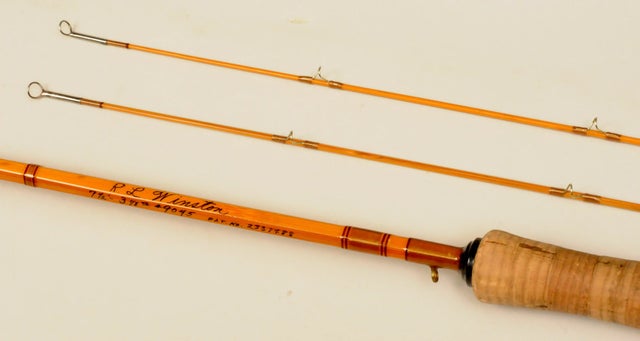 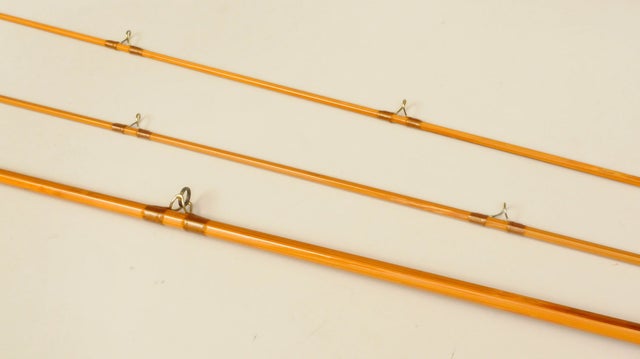 ~R.L. Winston 7½ ft. 2pc/2 tips 3⅛ oz. In my hands this rod is best with a #5 line and it is a nice quick action, though one tip is stronger than the other and the stronger tip slows the action a touch. It was built in 1965 for Jim Poor (of Angler's All at one time) by Doug Merrick, likely with help from Gary Howells and then refinished by Glenn Brackett after some years of use. Rod remains straight and true with good varnish and soiling of grip as seen in photos. In those years, Winstons were generally built as one tip rods and I believe that was the case here, with the second tip added at a later date. The bag is a one tip bag, but with room for both tips. It is getting harder to find these great action shorter Winstons from the Merrick era. With original San Francisco labeled bag and tube. SOLD Click on smaller images to enlarge