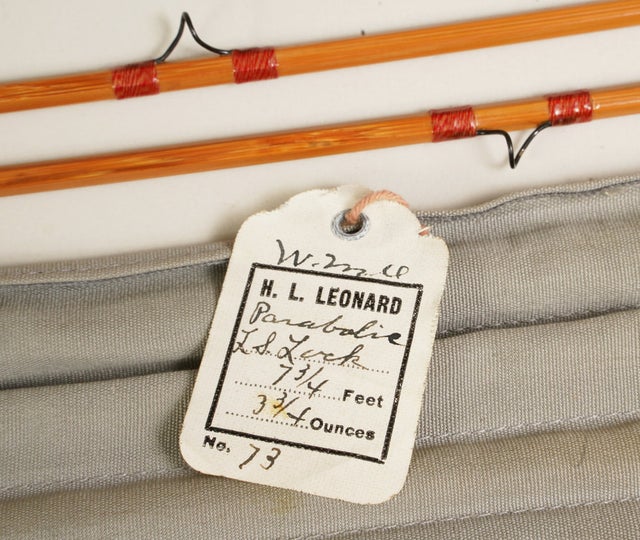 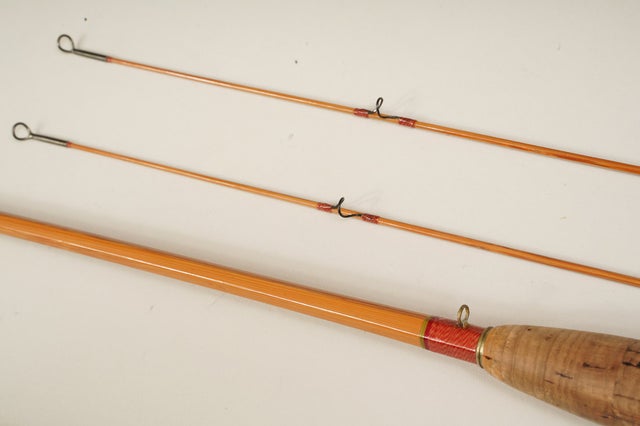 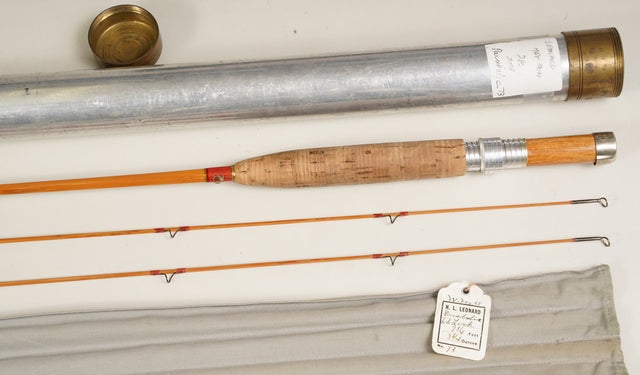 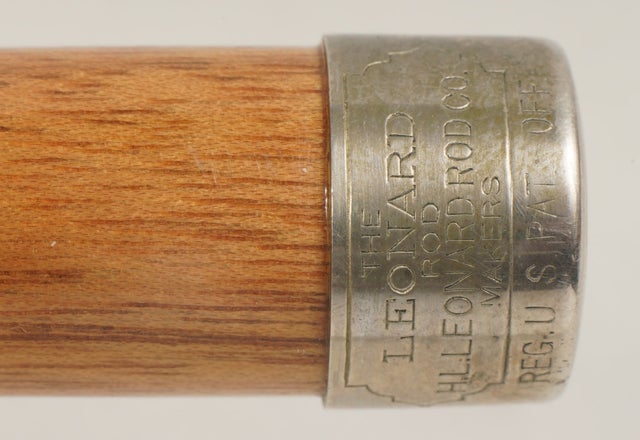 Leonard pre-fire '7¾' ft Parabolic, 7 ft 11 inches, 2pc/2tips 3¾ oz. These pre-fire parabolics from Leonard are quite scarce; I've seen three in 45 years of looking. Oddly, the tag reads "7¾" ft, but actual length is 7 ft 11 inches; this was also true of another I had in my hands years ago from this same period in the 1950's, while an earlier version from before WWII actually was 7¾ ft (7'9") as its tag stated. These are lovely rods with their 'strawberries & cream' variegated wraps and honey colored cane. A number four line would be proper on this example. As with the other Eastern parabolic rods from Payne and F.E. Thomas, also inspired by the writing of John Alden Knight, this one has an action that loads easily in the butt above its swell, combined with a strong mid and fast tapering tip, quite different in feel from both the Paul Young parabolic action and the French Pezon-Michel parabolics. The Leonard is often called the 'Knight 73' while the tag for this rod only says '73.' This example remains in excellent + original condition; I can only find one minor varnish chip on one tip. In original bag with tag and Leonard tube. SOLD Click on smaller images to enlarge