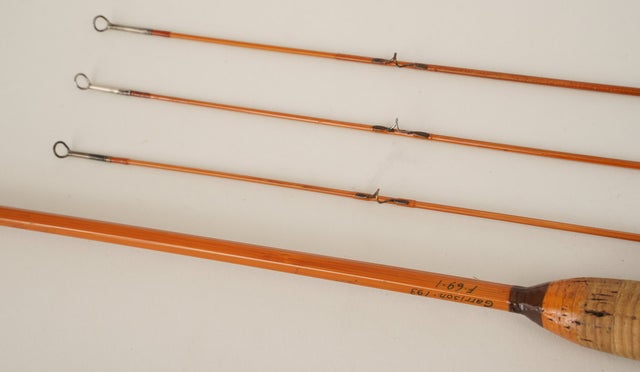 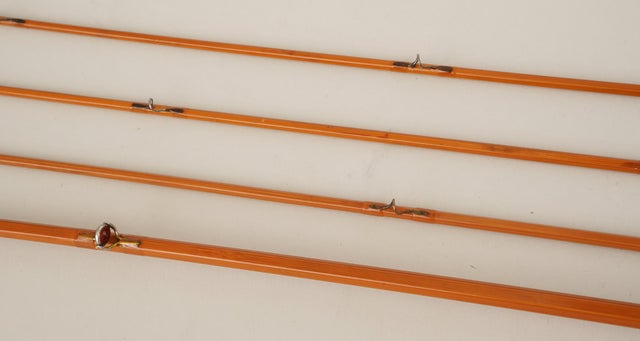 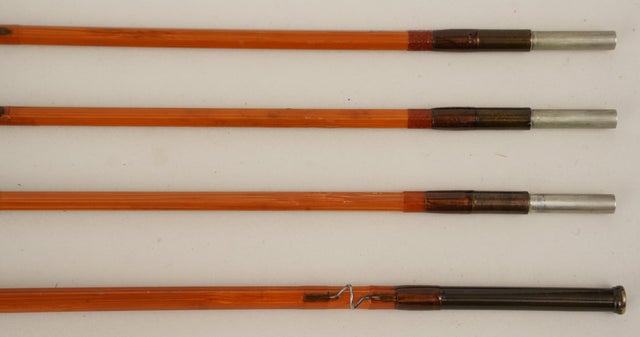 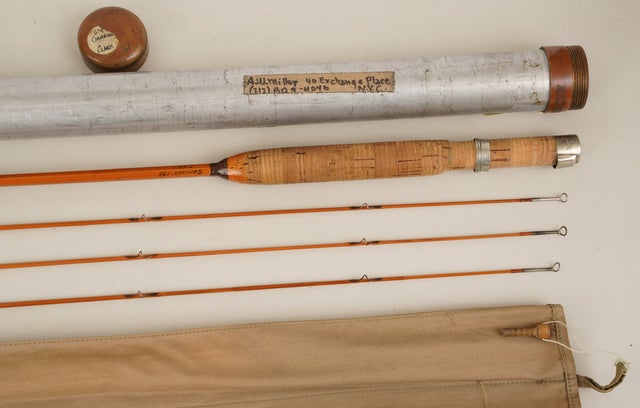 Garrison 193, 6'9" 2pc/3 tips. My friend Tom Clark owned two model 193 Garrison rods of only five built and I recently sold the other of the two. Another friend, Jack Coyle, at one time owned the only known model 195 Garrison which I sold for him many years ago. Between Tom and Jack they at time owned half of Mr. Garrison's production of 6'9" rods and I have been privileged in offering them for sale as I am doing now with this rod which at one time was owned and fished by Sparse Grey Hackle (Alfred W. Miller). When I mentioned the model 193 to Hoagy Carmichael his comment was "now, that is beyond rare." Action is pure semi-parabolic Garrison; there is simply nothing like it; a delightful, easy casting comfortable rod for small stream angling. I first examined and cast this rod about 30 years ago at Tom's place in Michigan and used the taper from his two model 193's to generate a rod of similar action from my own bench. This rod is marked "F" indicating it was built in 1936 and before Mr. Garrison's adoption of resorcinol glue, hence no dark glue lines on this example. One of the three tips appears to be a replacement, but clearly built by Mr. Garrison and matching the taper of the original perfectly as expected from this maker. There is about a 4 inch repair wrap on one tip and this tip is also just a touch shorter than the other two, apparently the reason why Sparse asked Mr. Garrison to build an extra tip. The rod shows honest use but has no major flaws needing attention. There are a few small varnish chips, but overall the varnish is in remarkably good condition considering its age. In original bag with tie and attached ferrule plug and original tube with Alfred W. Miller's address and phone number attached. From the Thomas H. Clark collection. For domestic sale only. SOLD