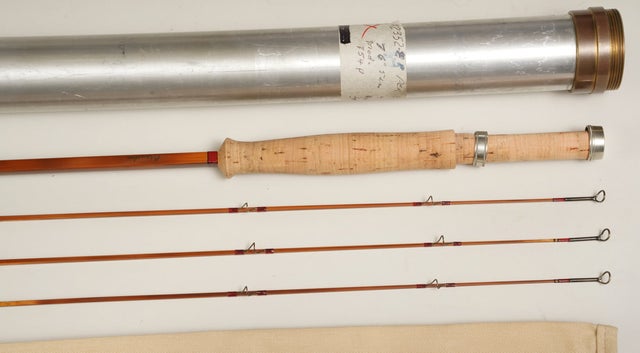 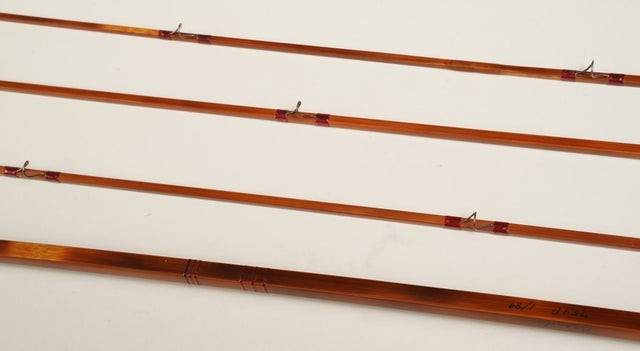 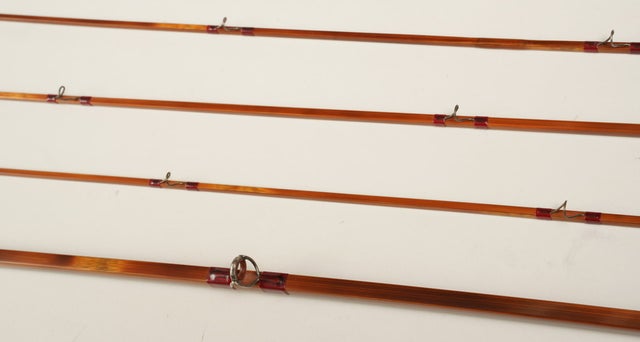 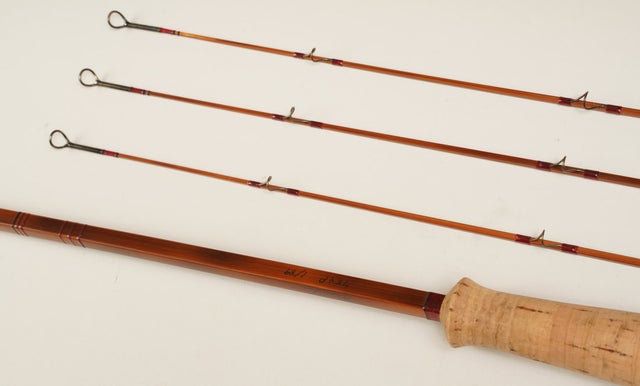 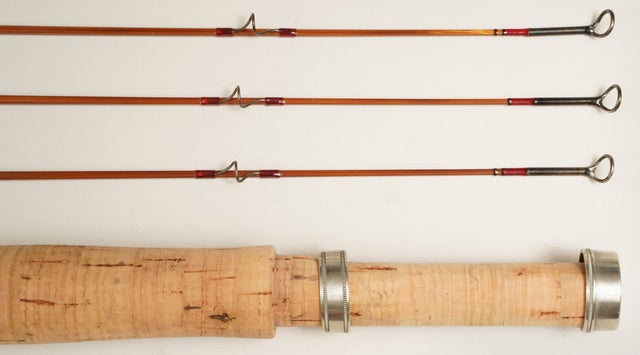 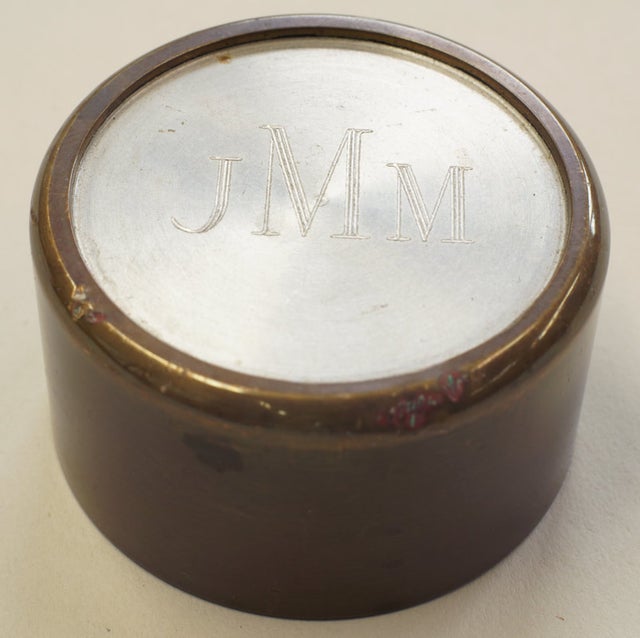 ~Brandin 754 'P'; 7½ ft 2pc/3 tips 3⅜ oz. This is a very early rod of mine, built in my Pleasantville, NY shop in 1989 before my move to California. It is one of a series of solid quads that I designed based on a four strip transcription of the Paul Young Perfectionist taper. It is marked "754 'P'" as was my nomenclature in those days, but today I would call it a 764-2 'P'. As is usually the case for me with original Perfectionists, I always want them to cast a #4 line (hence the model designation), but they are almost invariably better with a 5. That is also the case with this rod and it is a rocket with a WF5. It is a particularly pretty rod with its red wraps, early signature wrap pattern, flamed cane and squared ferrules. The slide band with two knurls and abbreviated butt cap are distinctive of many of my early rods. According to my first ledger book this was the 30th rod I built and it was for Jim Marcks who also happened to be my very first customer some years earlier, a dentist from Pennsylvania with a passion for current (at that time) bamboo builders. The rod is glued with resorcinol, has an agate stripping guide and old stock tungsten steel snakes, modified Wells grip and skeleton cap & ring reel-seat. Condition is generally excellent throughout, though there is an invisible wrap of less than an inch on one tip. I'm sure I did the wrap, but looking with magnification I can't see any reason for it; the bamboo looks to have complete integrity under the clear wrap. Whatever the reason for that wrap was, a third tip of the same taper was added by me at some point. Rod sections come in a new Brandin rod bag with three tip compartments, while the original older two tip bag also accompanies the sale. In original brass capped tube with the initials "J.M.M" nicely engraved into the aluminum plate forming the top of the cap. SOLD